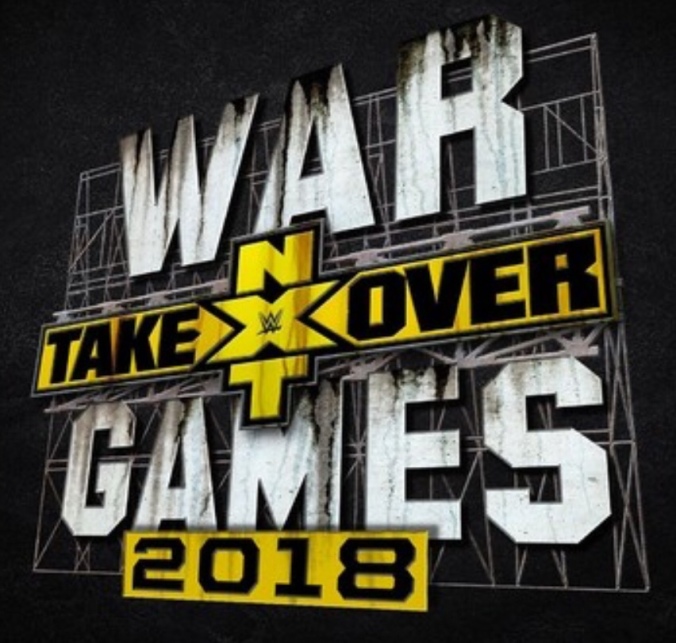 Another NXT war games is upon us and hopefully it’s not overkill. It was nice last year, because we had not seen a War Games match in decades. Although the cage was altered, it was still cool to see two rings side by side and a ginormous cage surrounding it. Who can forget the super-plex from the top of the cage last year. I feel like they will need to top it somehow, and though I wouldn’t put it past NXT to deliver, I’m concerned it may fall flat. There are only four matches on the card so let’s take a look and make some picks.

Kairi Sane will once again take on Shayna Baszler for the NXT women’s championship. This time in a two out of three falls match. I believe this will be the last match between these two for a while. I know I’m ready to see new challengers for the title and I believe the fans do as well. So with me firmly believing this is the last match between these two, that makes me think Baszler will retain. I do think it will take three falls, but I think Baszler wins clean in three and ends he feud.

Much like Daniel Bryan Tuesday night, Gargano has gone from beloved to hated almost instantly. Gargano as a heel is interesting, and I think he will play part in the championship match between Ciampa and Velveteen. As far as his match goes, I think Black will pick up the win. I think both men will look strong in the match, but I believe Black will pick up the win in surprise fashion. Then Gargano will probably beat up Black after the match.

Four on four with two rings side by side surrounded by a cage. I loved these matches when I was a kid, and was pleasantly surprised with last year’s match. Though I doubt they can recreate the magic from last year’s match, you know the wrestlers will put it all on the line. I like the Undisputed Era in this one and will make them my official pick.

Tomasso Ciampa will take on Velveteen Dream for the NXT championship. Both wrestlers are great, but I don’t think Ciampa will be dropping the belt anytime soon. He is doing great work and although I think Velveteen will be champion someday, I don’t think it will be this tomorrow night. As a matter of fact I think we see a reunion of Ciampa and Gargano. I have a suspicion that Gargano will somehow help Ciampa win.

Survivor Series is more of a WWE all-star game. The matches have very little significance and are typically more for fun than anything else. I think they need to revamp this pay per view to make it more interesting. Nonetheless, I will be watching on Sunday. So the following are my picks for Survivor Series.

Ugh. What a waste of time this match will be. Probably a kick off match that will be forgotten about within seconds of the ending of the match. RAW will be represented by Bobby Roode and Chad Gable, The Revival, B-Team, The Ascension and Lucha House Party. Smackdown will be represented by The Uso’s, the NEW DAY!, SaniTy, The Good Brothers and The Colons. If team Smackdown doesn’t win it will be a crime as they have the better tag team division. I wouldn’t put it past WWE to put RAW over in this one, but I am taking Smackdown.

Mickie James, Ruby Riott, Nia Jax, Tamina and Natalya will represent RAW with Alexa Bliss as their team captain. Smackdown will be represented by Carmella, Naomi, Sonya Deville, Asuka and a woman to be named. It would be cool to see a surprise entrant or a return of a legend. I don’t think that will be the case however, since we just had Evolution. I would bet it will be either Mandy Rose or Lana. But wouldn’t be surprised to see a call up like Nikki Cross or the loser of Baszler vs Sane. As far as my pick, I like RAW in this one because of the roll Nia Jax is on. I think by the end of the match she will be the sole survivor. Natalya and Riott will probably eliminate each other, and I can see Mickie and Tamina being pinned early. Thus leaving Nia to run through the Smackdown roster making her look very strong, headed into TLC next month.

Braun Strowman, Dolph Ziggler and Drew McIntyre will reunite temporarily to represent team RAW. Bobby Lashley and Finn Balor are also on the team. Shane McMahon, Jeff Hardy, Rey Mysterio, The Miz and Samoa Joe will represent Smackdown in the match. I could see a lot of different story’s taking place in this match. I look for Smackdown team captain The Miz to be eliminated early by a surprise roll up or inside cradle. I can see Shane McMahon and Dolph Ziggler going at it and Ziggler getting a little bit of revenge by eliminating McMahon. I wonder if Strowman and McIntyre can coexist and what role Baron Corbin will play in the match. Smart money will be on Team RAW, but I have a feeling Smackdown will somehow win this one.

I want to pick The Bar in this one, but I honestly don’t think they are going to win. Even with The Big Show in their corner, I don’t see any circumstance that has the veterans winning. The Bar is established enough to take the L and move on. A.O.P. is in the very early stages of a major push and a loss would only hinder them. So look for A.O.P. to get the win.

Champion Buddy Murphy will defend his title against Mustafa Ali. Murphy has been champion for a little over a month when he won it at Super Show-Down in his home town of Melbourne. Mustafa Ali has been chasing the title all year long and there is a part of me that thinks that chase will continue after Survivor Series. I think Buddy Murphy may hang onto the title a little longer.

I am calling for this match to be the gohomepwb.com show stealer. Odds are this will be the first match of the night, after the kick off show. I think that will be a mistake, because I don’t see any other match following it. Maybe…maybe Charlotte and Rousey but I doubt it. As for the ending of the match, I think we will either see a no contest or a Nakamura win. I don’t think there is anyone that believes Dean Ambrose doesn’t intervene. He will for sure play some type a role in the match. So if a gun was to my head and I had to pick an outcome…Nakamura.

Anyone else a little disappointed that we are not getting Becky Lynch vs Ronda Rousey? I question the legitimacy of the severity of Lynch’s injury. Yes, it looked nasty and yes, it was a very stiff shot by Nia Jax, but usually someone with a concussion isn’t allowed anywhere near the ring. Especially a severe concussion and a broken face. We will know for sure if she plays part in this match on Sunday. Personally, I think this is WWE’s way of telling us wait until Wrestlemania for Lynch vs Rousey. As for Charlotte vs Rousey, no way Charlotte wins. They wouldn’t have a non champion on Smackdown beat the RAW women’s champion. Even if it wasn’t Ronda Rousey, I don’t think a non champ from a different brand would go over in this match. I think it will be a great match, up there with Rollins and Nakamura. But I foresee Charlotte tapping to the arm bar.

Newly crowned WWE champion Daniel Bryan will go one on one with Brock Lesnar for the right to be called the champion of champions. A heel Daniel Bryan is something we haven’t seen for years and I have to say I like it. I think the YES! movement has seen its better days and I am glad it’s over. I am curious as to how this match will go. I think it will be tough to have new heel Daniel Bryan and heel Brock Lesnar to have a good match. I along with a lot of fans, am confused on who to root for. I think it’s easy to root for Bryan because he’s the clear underdog, but I think a lot of fans are upset with Bryan for turning his back on them. So Lesnar could end up being the fan favorite in this one. Odds are it will be a split crowd and as for the winner of the match…the fans. There is no way this match will end with a clean finish. The only decisive finish I could see would be a sleazy move from Bryan or a quick surprise pin. No way Lesnar taps to the YES! lock. AJ Styles will probably be involved somehow. I could also see Bryan just walking out on the match playing to the heel character. My call on this one will be no contest.

My overall PPV prediction record is 17-11. Survivor Series is a tough one because of the brands fighting each other. I look for RAW to take the night for bragging rights. Watch out for Nakamura/Rollins, that will be the match of the night.

Check out gohomepwb.com on Monday morning for my review and as always thanks for reading!