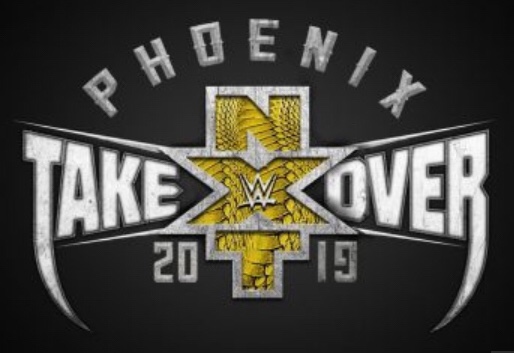 NXT TakeOver did not disappoint and delivered per usual Saturday night. A great card of matches that gave the Royal Rumble the tough task of following. The night started off with some controversial comments from Sam Roberts in the kick off show. Roberts basically said that the Bianca Belair vs Shayna Bazler match was not worthy of TakeOver and was going to be a waste of time. He went on to say that there was no way Belair wins tonight and she was not ready for a title match.

Roberts, who is a SiriusXM radio personality and avid WWE fan, stumbled to get the right words out during the statement. As his co host listened and appeared to be in complete shock, Roberts may have forgotten that he was on the WWE network and not his radio show or pod cast. It was an awkward moment for sure.

As for the matches, hey didn’t go the way I figured which is a good thing. That means they are keeping me guessing which is why I continue to tune in. The build to TakeOver was great and a few rivalries culminated in Phoenix Saturday night. Let’s take a look at the matches and see how the predictions went.

The War Raiders versus Roderick Strong and Kyle O’Rielly of Undisputed Era was the first match of the night. For me it was a great match and quite possibly stole the show as I thought it would. The War Raiders entrance was that of a WrestleMania entrance, which made me regret picking the Undisputed Era almost immediately.

The match went back and forth with some incredible high spots. The War Raiders are incredibly agile for bigger men. The match had several false finishes, including a kick out of the “high-low” which further cemented my thought that the War Raiders win. After about a twelve to fifteen minute match the War Raiders hit their finisher for the win and the NXT tag team championships.

The second match of the night was the “Original Bro” Matt Riddle and the gatekeeper to NXT Kassius Ohno. I called for a quick match and for all intents and purposes it was. I thought that Riddle would dominate, but it was actually Ohno that controlled most of the match. But as predicted Riddle found a way to win with a mixed martial arts style finish.

Shayna Bazler defended her NXT Women’s Championship against Bianca Belair in a pretty good match. A match worthy of NXT TakeOver contrary to Sam Roberts comments on the kick off show. Although not victorious Belair put up a good fight, but ultimately could not escape the submission finisher of Bazler.

Aleister Black went one on one with Tommaso Ciampa for the NXT Championship in a great main event match. The match was filled with great story telling and went back and forth for most of the match. But it was an early kayfabe knee injury that proved to be the detriment to the challenger Black. Ciampa picked up the win retaining his championship.

As it turns out I was wrong on all but one pick on NXT TakeOver. In hindsight it’s a good thing that the show was not as predictable as I figured. But it does tell me a few things about the future of some of the NXT superstars. Usually when long time NXT champions drop the titles, they are being positioned for a call up.

I mentioned in my preview blog that the Undisputed Era faction will be headed to the main roster and losing the titles Saturday night is the first step in that direction. As for Ricochet, I believe his lose is storyline driven and it may be a while before he makes it to RAW or Smackdown.

I didn’t pick many of the winners correctly, but I called the show stealer match of Undisputed Era and the War Raiders. To me, that was the best match and the only one the crowd was into from bell to bell. Phoenix was quiet for a TakeOver crowd in my opinion, but it wasn’t for lack of effort from the wrestlers. The NXT roster always bring it when it comes to TakeOver.

With TakeOver in the books I am now looking forward to a great Royal Rumble. I think we are in for a few surprises tonight. It’s my favorite pay per view and if you’ve never watched a Royal Rumble, tune in tonight. Thanks for checking out GoHomePWB.com, the people’s wrestling blog!