We are inching ever so close to WrestleMania and the build is at an all time high. A couple of good shows in RAW and Smackdown, but as for the better show… Smackdown Live. Half of the show was the gauntlet match, but what a match it was! With another RAW and Smackdown in the books, let’s take a look at this weeks top ten.

I like Becky Lynch at number ten this week. She didn’t say anything, just kicked butt. She did everything right during her segment on the Kevin Owens show. She sat stoically while Kevin Owens read the inflammatory comments from Ronda Rousey and Charlotte Flair. But when the talking was done, Becky did what she needed to do… fight Charlotte.

Ricochet had a decent, yet predictable match Monday night against Jinder Mahal.  In case you haven’t watched WWE since 2017, yes Mahal is once again ‘enhancement talent’.  Nonetheless, Ricochet once again wowed the crowed in Chicago with his impresseive aerial onslaught. 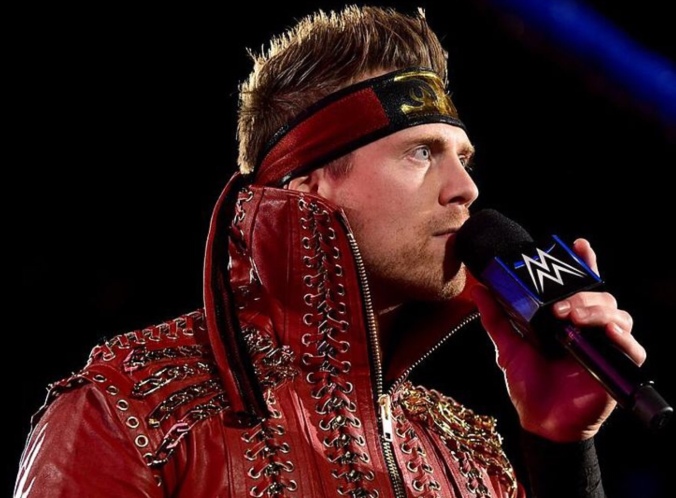 The Miz didn’t have a match this week, but he delivered a really, really good promo. Honestly, The Miz is probably better on the mic than in the ring, but it’s his mic work that makes his matches so good. The WWE tried to turn The Miz baby face several years ago, but the fans weren’t ready. Now we are, and I think The Miz as a baby face is … AWESOME! Sorry, I had to.

It’s probably a safe bet to expect Kurt Angle in the top ten each week until his final match at WrestleMania.  He and Chad Gable had a very technical match on RAW that really pushed the limit of Angle.  To me he was visibly tired throughout the match, but managed to pick up a submission win.  On a less impressive note, Baron Corbin is his current opponent for WrestleMania.  (yawn)

Cracking the GoHomePWB.com top ten for the first time is Billie Kay and Peyton Royce. Together they are the team known as the IIconics. Yes, they spell it with two i’s. Anyway, they made the list by beating the Boss N Hug Connection on Smackdown last night. The win will probably get them into the women’s tag team title match at WrestleMania. 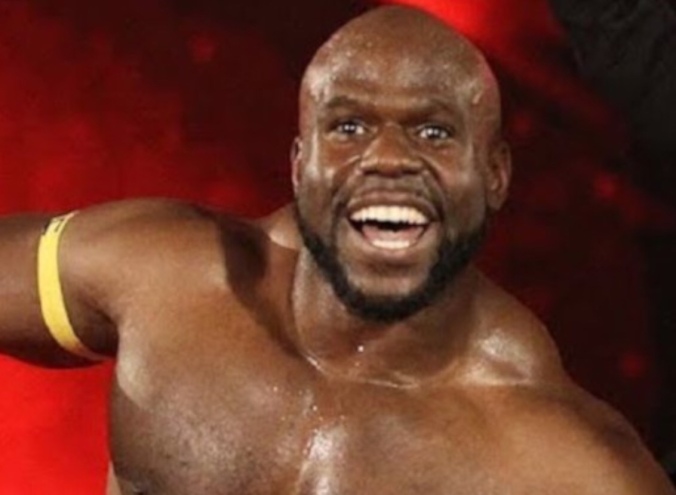 Apollo Crews went one on one Monday night with Baron Corbin and you won’t believe it, but Crews picked up the ‘W’.  I get it, Corbin is talented, but I just don’t like the guy.  I guess he’s doing his job as a heel properly.  Anyway I was pleasantly surprised to see Crews get the pin fall win.

Is there a wrestler more hated than Daniel Bryan right now? One year ago, he made his return and was one of the most popular… what a difference a year makes. After Kofi Kingston defeated five of Smackdown’s best, WWE owner Vince McMahon sent Daniel Bryan out as a sixth competitor. He made short work of Kofi and won the match costing Kofi his WrestleMania title match. 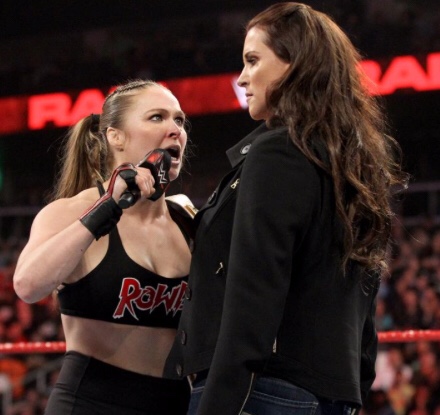 Is it just me or is Ronda Rousey finally watchable?  I mean that in the nicest way possible too.  For me she just wasn’t cutting it as a baby face, and now that she’s a heel running over any and everyone in WWE, I am certainly more interested.  Why did the WWE wait until she is about to leave to make her entertaining?  Anyway, her performance on RAW is definitely top five worthy in my book.

The ‘Scottish Pyscopath’ is living up to his moniker lately.  In the last two weeks he has single handedly beat every member of the shield.  Granted his victory over Seth Rollins was due to a distraction from Brock Lesnar, but I don’t think there is any denying that Drew McIntyre is the real deal.

Kofi Kingston continues to be the heart and soul of the WWE universe. He was able to overcome; Sheamus, Cesaro, Rowan, Samoa Joe and Randy Orton in a gauntlet match to earn a WWE title match at WrestleMania… but wait. Just as soon as he pinned Orton, Vince McMahon came out and added WWE champion Daniel Bryan to the match. Bryan pinned Kofi and ruined his chances at a title match at WrestleMania. But sixty minutes in the ring defeating five wrestlers certainly earns a number one spot this week.

Although it would appear as if Kofi’s WrestleMania chances are shot, I am not giving up hope. Somehow, someway Kofi will be in the title match at WrestleMania. If he does make it in the match, what match main events? Kofi versus Daniel Bryan, Brock Lesnar versus Seth Rollins or Ronda Rousey versus Becky Lynch versus Charlotte?

Either one would be fine with me, but I really like the Kofi Kingston storyline right now. One thing is for sure, WrestleMania is shaping up to be a great show like always. Let me know what you think of this weeks top ten and who do you think will main event WrestleMania?

As always thanks for checking out GoHomePWB.com, the people’s wrestling blog!